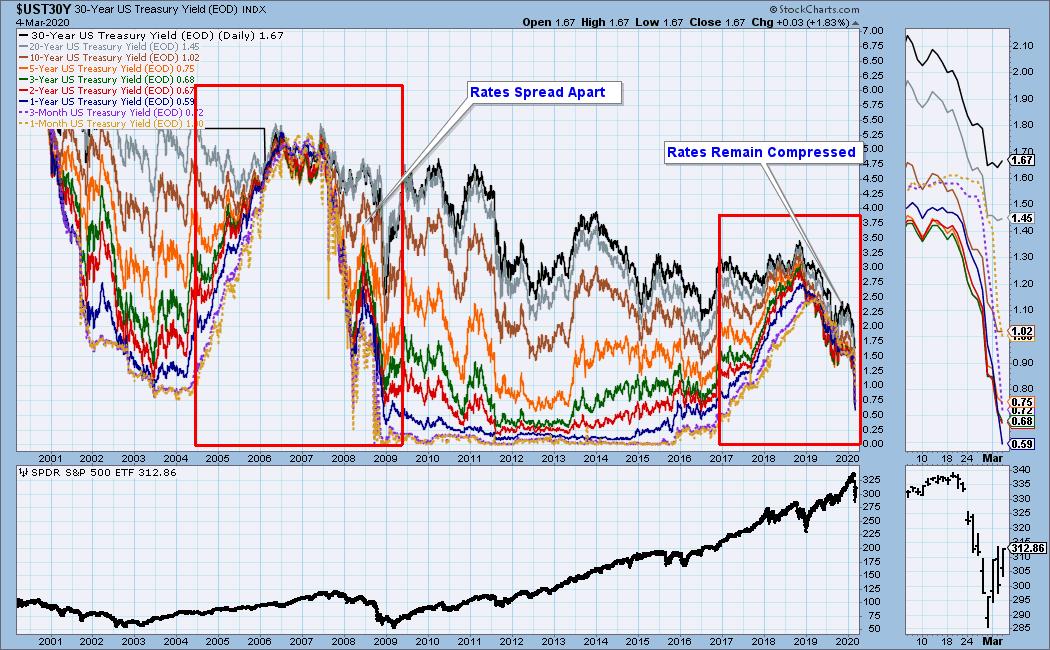 In 2016 short rates began to rise again, and they were compressed again by 2019, at which point all durations began to fall in unison. At this point there is only 1.08 percent difference between the shortest and longest rates. And all rates are in an accelerated decline, headed for zero. This is a different configuration than we have seen before, and I have to conclude that it is not different in a good way. We're quickly losing whatever cushion remains in the event the economy runs into more serious problems.

As investors we want to accomplish two basic things: (1) Determine the trend and condition of the market, and (2) select stocks that will ride that tide. The DecisionPoint Alert helps with the first step, and DecisionPoint Diamonds helps with the second. Go to DecisionPoint.com and SUBSCRIBE TODAY! (Charter Subscriber Discounts Ending This Week!)